As promised, here you have our Antwerpen travel guide. It’s perfect to plan a short break to this wonderful city. You can include it on your trip around Belgium and your itinerary will be top.

This castle is the oldest building of the city, but there’s not much left from the original castle. It even suffered a fall after Vikings conquered the city centuries ago. Years later, it became a prison and a few years after the prison shut down, painter Rubens bought it.

In front of it you can behold the statue of Druon Antigoon, a giant that, according to the legend, asked for a tax to the foreigners who wanted to enter the city and if somebody refused, he cut his hand off.

The Cathedral of Our Lady

The cathedral of Antwerpen is one of the most beautiful and impressive cathedrals I’ve ever seen in my whole life. Its big tower and its golden clock will make you stop walking and look up to take a few snaps. It was supposed to  have a second tower but the project run out of money  centuries ago, so it has just one tower and a half. Inside of the cathedral you can find many art pieces. The most important one is Rubens’ masterpiece “The descent from the cross”.

Walk around the cathedral and you’ll find amazing places and wonderful squares. It’s the very city centre and it worths it.

Do you know that under the river you’ve seen from the castle there’s a tunnel? You can cross it walking or biking. Just find the elevator that access Saint Anna’s tunnel (at Sint-Jansvliet square) and get ready to see the amazing skyline of Antwerpen. If you don’t feel like walking or biking, you can hop on the subway. You’ll need to take line 15 (white) to Linkeroever. Get down on the Van Eeden stop  and get to the river side.

The heart of Antwerpen. It’s the most important square although it’s not the main square. On the middle of this beautiful square you can find a Rubens’ statue. This famous painter is on almost every corner, as you can see. On Christmas, there’s an amazing Christmas market and there’s always people around, no matter if it rains or snows. During the winter season, there’s an ice skating rink and people adore it.

This square is next to the cathedral and surrounded by thousands of restaurants. It’s also the home of Antwerpen Hilton Hotel and the metro station of Groenplaats, the busiest one.

I was lucky enough to go to Antwerpen twice and the first time I was amazed how fun it was to simply take some pasta away from a restaurant and eat it standing on the square, although it was really cold. This square has something special and you always want to stay a bit longer. And I’ll tell you about the pasta later.

The main square, home of the town hall. It leads to the cathedral and Groenplaats. Wander around those streets and you’ll find enchanted places. You can also find there the statue of the other half of the giant legend, the hero Silvio Brabo. This roman soldier gave the giant a taste of his own medicine and cut his hand off, throwing it into the river.

And actually, that’s the origin of the city name. Antwerpen means “throwing hand”.

The main street. Its two kilometers gather the 90% of fashion stores of the city and during the day it’s pedestrian. IT’S THE MOST WALKED STREET FROM EUROPE! It starts on Groenplaats and follows a straight line right to the train station. You’ll find a statue of the giant’s hand.

Although it seems stifling on picture, it’s not and it really worth’s it.

And, as many things in Antwerpen, it’s amazing to see it on Christmas. Thousands of lights surround you. I think there will be light enough even with no lampposts on.

It’s a XIX century building that became a shopping mall. It’s really AMAZING. This enormous and majestic building is on De Meir. You can see its dome on the De Meir pic, it’s the big grey dome.  Even if you are not going to buy anything, you should definitely get in and behold it’s golden walls.

Let me tell you something: The first time I went to the hall it was Christmas and they made a Christmas tree out of Ferrero Rocher chocolates. They might have regret it because a few days later, there was no chocolates left.

The red light district of Amsterdam is the most famous one, but not the only one. Did you know that most cities of Belgium and The Netherlands have one? Don’t worry, it’s not a dangerous district, but don’t take pics of the girls, it’s not very polite.

And if you want to go out, you’ll find one of the best night clubs of Antwerpen at the red light district, Café D’Anvers.

We are not posting snaps of this district to keep users and workers’ privacy.

A forest in the city. It doesn’t compare to Central Park, but it’s much better than El Retiro, in Madrid. There are waterfalls, a big lake, suspension bridges, caves… Everything you need for an adventure.

During summer, it’s the perfect place to picnicking.

It’s built over an old Spanish fort and it keeps the triangular shape.

Did you know Antwerpen is the first exporter of diamonds globally? Even Paris Hilton goes to Antwerpen to buy diamonds. We’ve seen her limo around. There’s a whole district full of diamonds stores.

You’ll find yourself beholding the diamond display when you walk to or from the train station. This district is very close to the station. You’ll also find many Jewish people wearing their traditional clothes and many kosher food shops because the Jewish district is just a few streets away.

Cool and good quality. It’s near the cathedral. But very near, literally. If you are in front of the cathedral, pass it by to your right and you’ll find it on a narrow alley, next to an Italian restaurant called Da Giovanni. Suggestions? The prawn  noodles and the risotto. On weekends, you need a reservation.

They usually serve dinner till 21:30. Then, it becomes a cocktail bar.

The same restaurant I mentioned before, so you already know where it is. It’s the most famous Italian restaurant of the city and it’s very cheap. And they do a discount with your student card. There are two on the same street. Same menu and same prices.

This restaurant is amazing. They do the best pasta carbonara we’ve ever tried (and we’ve been in Italy many times!) It’s a very small place, with just a few tables. The exact address is Sint-Katelijnevest 64, next to De Meir.

They only make pasta, but they make really good pasta. It’s totally homemade, you can see how pasta is done. You can chose your sauce: carbonara, Bolognese, curry and broccoli and you can add cheese if you want to. They serve it on a take away bowl but you can sit and eat at the restaurant if there’s a free table. The owner, who’s also the chef, is so kind. Really, go get some pasta there.

Did you know French fries were actually a Belgian invention? They are masters of the electric fryer, and you should definitely try this delicatessen. The most typical dish would be fries and mayonnaise, but there’s hundreds of sauces. The Jopie sauce is a Belgian invention and it’s delicious. The Samurai sauce is very spicy.

You will also find many other dishes at the frituur, like fikandellen, a kind of sausage. The best frituur in town is Frituur Nº1, next to Grotemark.

Mussels are VERY TYPICAL in Belgium and you can find them at almost any restaurant at the city centre.

They make them in a small pot with some aromatic herbs and they will be served with fries as a side dish (of course) They taste delicious.

Of course! Belgian waffles are famous and there’s a reason. There are many flavors and toppings so you can make your waffle experience unforgettable. You’ll find waffles on every Belgian city. BTW, there are two types of waffles: the Brussels Waffle, the kind of waffle Eleven eats on Stranger Things ; and the Liège Waffle, the most famous one.

As for the chocolate, you’ll find chocolate shops everywhere.

HOW TO MOVE AROUND THE CITY

The best way to move is walking the city, of course. Antwerpen is not too big so you can walk everywhere. And its amazing buildings will make you want to explore every street.

Almost everybody rides a bike in Antwerpen. There are many places to rent a bike for just one day or a few days. So if you like riding, this will be the best option.

Antwerpen has a great metro/tram net and you can find a station at every interesting spot of the city. There are no turnstiles at the entrance of the stations but you can get your ticket at the machines located on the platforms. Then, you’ll have to validate it at the machine inside the metro/tram train.

Not a very smart option since the city centre is pedestrian and the few streets that are not collapse almost every day. Even though, you can drive around the city. BTW, De Meir is pedestrian during the day.

There also bus lines, but we’ve never ever took any bus, so we don’t have info, sorry.

There are many hotels in Antwerpen. The most impressive one is, of course, the Hilton, located on Groenplaats. But it’s quite expensive, obviously. We recommend to stay at an Airbnb. You will find many places to stay, cheap or not, your choice. If you want a 25 € discount on your next Airbnb stay, check this link. This are some of the Airbnbs we’ve stayed at while in Antwerpen:

If you prefere to book through Booking.com, here’s a 10 % discount!

Remember Nadia will be posting her Antwerpen guide for students very soon. It will include everything you need to know if you are moving to Antwerpen. 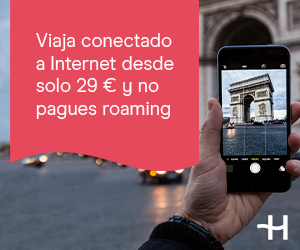